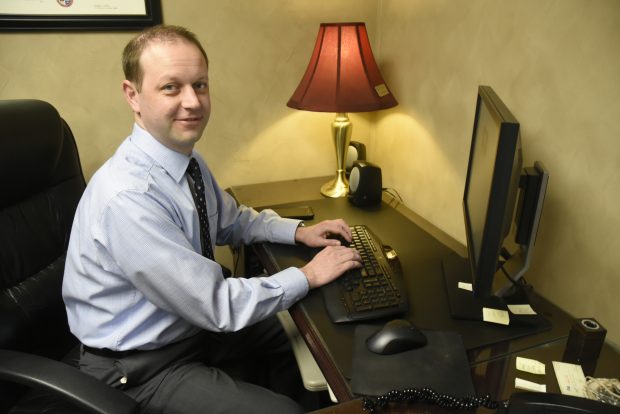 Jeff brings experience and expertise in the areas of litigation, criminal defense, divorce and real estate law. Jeff prides himself in an individualized approach to client relations, the hallmark of the Law Offices of King & King. Jeff Mankiewicz graduated from the University of Detroit Mercy School of Law in 2005 and was admitted to the Michigan State Bar the same year. Prior to attending law school, Jeff graduated from Eastern Michigan University with a major in political science and a minor in marketing. He was the Captain of the Eastern Michigan Golf Team.

Before joining the Law Offices of King & King PLLC Jeff worked for four years at a civil litigation firm in Farmington Hills, Michigan, specializing in personal injury and insurance defense. While at that position Jeff had the opportunity to litigate cases in State and Federal Courts throughout the State of Michigan. Jeff is also admitted to the United States District Court for the Eastern District of Michigan and the United States District Court for the Western District of Michigan.

Jeff is an active member of the Cadillac community and serves on the Wexford Missaukee United Way Executive Board and the Rotary Club of Cadillac board.  In his free time, Jeff enjoys spending time with his son, Parker. Jeff also enjoys playing golf, watching sports and participating in outdoor activities with friends.